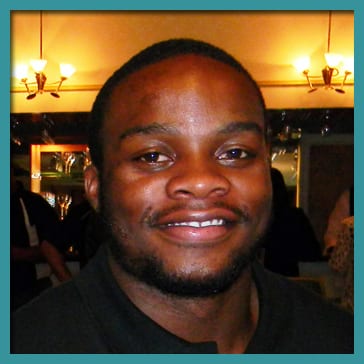 Tony A. Conover is a former Crossroads youth and is now a full-time student at Rutgers, The State University of New Jersey, Class of 2012. He is also the Rutgers University Chapter President of the NAACP, NJ Youth & College Division, President, and National Youth Work Committee member.

He is an inspiration to many. Tony on his Crossroads experience and where he is today:

“When I first entered Crossroads I lacked a lot of the basic essentials that most youth were learning: money management, time management, proper decision making, independent living skills, etc. As much as I wanted to believe that I was ready to take on the real world, I was gravely mistaken. Coming into college, I was on a course set for failure had it not been for influential and helpful individuals such as Ms. Juanita Henry and the Just For You Program that helped mold the frame for what I am continually filling as my legacy. She helped me get into cooking class, set up a real checking account, manage my school schedule properly; you name it, she tried to provide the resources for it.

Now, in my senior year, as I get ready to embark on another echelon of life, I can look back and say that people that I’ve met through Crossroads, such as Ms. Juanita Henry, or Mrs. Sandra & Dr. Peter Klugman, and especially my former case worker Albert Swindle, have all helped lay down the mold for me to place the bricks of success in front of me.”

By Tony A. Conover

Have you ever been abandoned by your only source of protection?
And it hurts even more because the world shows you no affection?
This world runs on life, so you have to take it how it is,
Unlike the dad who told the mom that the baby wasn’t his.

Well, welcome to my world, a boy with two sisters and a brother,
It goes without saying that we lacked both a father and a mother.
Parent’s gone or out on drugs, so who’s going to feed the needy?
My brother had to step up and steal from the stores just to feed me.

He was caught stealing, so now family services’ here to take us,
And so began the process, that in the end would make or break us.
Where are my two sisters? Yeah, our “family” decided to claim them,
Oh and the boys? They’ll be fine, maybe one day we’ll go and get ‘em.

So here we are at a foster home, because no one cared to try,
Getting beat for everything, gave me no more reasons to cry.
Thrown down the stairs at 4 years old, hung off of the roof at 5,
Let’s just say with what I was put through, I’m happy to be alive.

Finally we escaped the wrath, and we were moved to another home,
With that being my first experience, the second led my mind to roam.
Someone please tell me is this real life? Is this how the state is designed to treat me?
But once we arrived and my fear had set it, a warm smile was there to greet me.

After a while, my brother got out of control, and then we were split apart,
How could they take away my only family? They must really have no heart.
Now mentally I’m going through a maze, a maze without an end,
They’ve created a wound so severe, that it’d take power tools to mend.

As time went on, I accepted the reality of not being with my brother,
And became so close with my caregiver, that I began to call her mother.
But like I said before about life, you have to take it for what it is,
Next thing you know it becomes a teacher and gives a new pop quiz.

There was only one question, how will you survive when I take something else away?
Love for your parent is built over years, but what happens when they’re gone in a day?
And just like that, cancer came to play, and took the only mother that I had,
She was going to adopt me but now she couldn’t, so should I be mad or sad?

A mixture of both is what it was, and I decided to bottle my emotions,
And now every home that I was placed in, I decided to play the motions.
Acted like I was fine so that the therapist would leave me alone, when inside I was truly torn,
Pre-teen years were on the rise and I was still being moved around, until my mother blew her horn.

A dying wish you can call it, from a great woman, because before she left this earth,
She begged that my brother and me get reunited, to prove what family’s worth.
Her wish was granted, and so was mine because I finally had my wound tended to,
I had my brother back in my life, so now the lonely ones became the happy two.

Started getting older and realizing more, that life in the system was odd,
Couldn’t do everything that the others did, so I was a pea trapped in a pod.
Started running the streets to be cool, and try to prove that I was like the rest,
And the fast life seemed like the fun life until I heard that I was under arrest.

Caught doing illegal activities and started falling into the stereotype,
Someone help clear my vision so that I can see my fruits get ripe.
And there were my saviors, common sense and determination,
Here to take my ignorance and immaturity to extermination.

So I decided to listen to myself and tap into the resources that I had available,
Finally listened to my mentors and blew my heated thoughts into an inflatable.
And as the hot air built up, above the statistic is where I rose above,
The air is so much better here; I’m ascending beyond the limits of a dove.

I didn’t just take flight alone though, I tied a string to my foot,
So none of my peers have a reason to just sit down and stay put.
We all will succeed, regardless of any life obstacle,
Because failure’s just like an illusion, it’s all optical.

As long as we all remember that education and success are the key goals in life,
And the opposing force against them is commonly known as strife.
The road is never easy, but diamonds take rigorous work to make,
Just remember that we’re amazing, and this world is ours to take!

DONATE TODAY
This site uses cookies: We utilize cookies on this site to make sure that you have the best possible experience. Find out more.